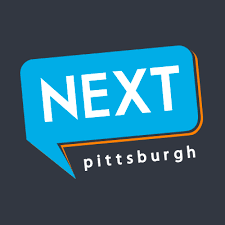 Homewood may not have a major tourist destination like, say, the Duquesne Incline. But new efforts are hoping to build on the neighborhood’s somewhat hidden assets and attractions and bring them to a bigger audience, both inside the city and out.

The Homewood Experience is a new plan to brand the East End neighborhood as an African-American cultural destination. This also makes a natural fit for VisitPittsburgh’s Inclusive Tourism Initiative, which seeks to increase tourism in under-served neighborhoods and share in its economic benefits.

Last week, members of VisitPittsburgh’s Leisure Tourism team met with Neighborhood Allies, Soleil Branding Essentials and Pyramid PGH to talk about a partnership with the Homewood-Brushton Business Association to expand tourism in Homewood.

“We launched earlier this year a positive image campaign for Homewood,” says Demi Kolke of Neighborhood Allies. “We received funding from the R.K. Mellon Foundation to look at how to really uplift the neighborhood identity that the people here know and feel to be true, and really expound upon that beyond the neighborhood borders — and even beyond the region’s borders, which is great for our new partners at VisitPittsburgh.”

The Homewood Experience, developed with the help of Soleil Branding Essentials and Pyramid PGH, hopes to highlight what makes the neighborhood unique.

“Homewood has an abundance of culture, history, really positive success stories, beautiful architecture,” says Kolke. “So, how do we really hone that to identify and cultivate a neighborhood brand that people who live here are proud of?”

Homewood has assets that even those in nearby neighborhoods may not know about.

“There are currently beautiful works of art from Vanessa German’s art house, the beautiful mural on the busway underpass, the side of Community Empowerment Association—there’s a brand new “Liberation Wall” there,” says Kolke, referring to a super-sized mural. “There’s already some tremendous works of art that speak to not only Homewood history but Black history.”

“We are now adding to that through the Art Walk. We’re partnering with a Homewood resident, the artist Camo (Camerin Nesbit), who is doing murals along the main business corridor.”

There will be street banners along the main business corridor, showcasing many of the legendary residents of Homewood as selected by the neighborhood — such as jazz legends Mary Lou Williams, Errol Garner and Billy Strayhorn, and basketball star Chuck Cooper.

They’re also hoping to help preserve and bring back to life Homewood’s National Negro Opera Company House which is on the National Trust for Historic Preservation’s list of most endangered places.

The plan is to fold together longtime assets like the Afro-American Music Institute with events going on in the neighborhood, like jazz on the steps at the Homewood Library, and the Harambee Black Arts Festival, which has been going on since 1967.

The goal for Kolke is to tie it all together and bring more people in “to experience the greatness that really does sit here in the neighborhood.”